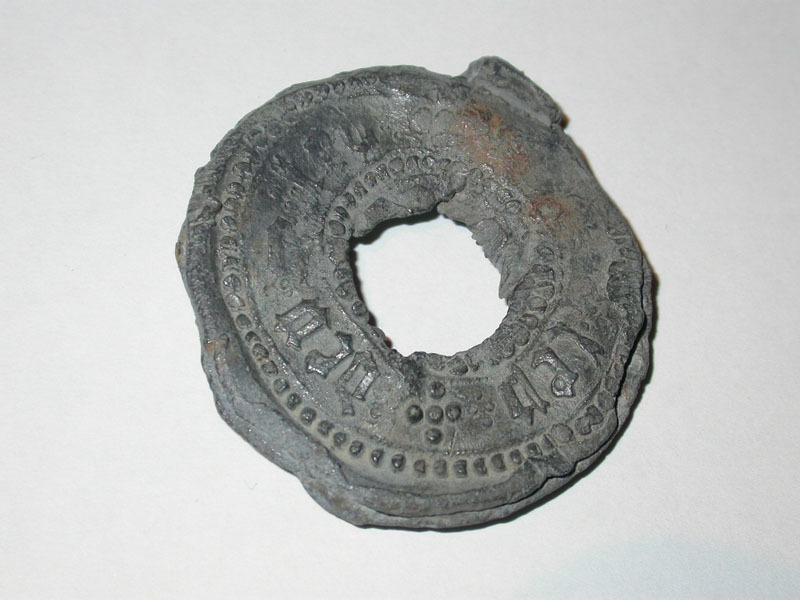 Figure 1: This seal, found in London, was used to stamp cloth (most likely broadcloth) manufactured in Leiden, Holland, but destined for export to London. for the importation of cloth into England through London.

The cloth seal was an essential part of medieval trade and taxation in London. This specific lead seal is a circle with a diameter of 40mm dating from the fifteenth century. The majority of seals found in archaeological digs and on the banks of the Thames are in this condition of having one simple circular piece. This is not what the seal would have looked like on the cloth; they commonly had two halves connected where one side was hollowed out to connect to the fabric. The other circular part had a hole in the center to attach to the cloth. The seal is made of a lead alloy known as pewter, which was a mixture of tin and lead that had been melted down into a liquid form to be mixed. Because lead was so soft, pewterers mixed it with other metals to make it harder. The pewter used in this seal was a lower quality because the higher quality was reserved for dinnerware, which also contained small amounts of copper. The color of the lead alloy is a bluish-grey even though lead only represented about 10 to 20 per cent of the compound.

This seal was produced in Holland since the writing on the seal lets us know that the cloth was inspected in Leiden. Government officials were in charge of fixing the seals to cloth before it could be sold or exported as a sign that the cloth met specific standards of length, width, and quality. The type of cloth exported from Leiden would have been broadcloth, a woolen cloth that was heavily fulled in order to create a dense and sturdy fabric. In the fifteenth century, Leiden began exercising strict controls over the different manufacturing processes required to make broadcloth, resulting in a high-quality product trusted and exported throughout Europe

Cloth seals were used as a form of quality control of the cloth. In England, seals for the assize of cloth (laws regulating the length, width, and quality of different kinds of woolen cloth) originated in the late twelfth to early thirteenth century. Fees were collected to affix the seal, so the process also generated revenues for the officials and the government, which would have paid the pewterers to make the seals. Cloth could not be sold unless it was sealed; if the government standards were not met, the cloth would have been rejected and was not eligible for sale. The rule was outlined in clause 35 of the Magna Carta (1215), which stipulated that there should only be one size of cloth sold throughout all of England. This made it easier for consumers to know exactly how much and what kind of material they were getting when they bought cloth.

Cloth imported into England from other countries also had to abide by the same regulations. If the standard size of a cloth sheet was different in another country, then the cloth would have to be specially measured and cut for export to England and, more specifically, London. By the late fifteenth century, most cloth imported to England came through the port of London because of its busy markets, large hinterland, and monopoly on the cloth trade within seven miles of the city. Government officials called Aulnagers inspected and sealed imported cloth, including large amounts of cloth from Leiden. The Aulnagers were around before the introduction of the assizes but their role grew once the assize of cloth was introduced. By the 1300s, Aulnagers were inspecting thousands of broadcloths annually. In London, their job was the measure the cloth and then tie the seals onto the cloth so that it could be sold at the city’s Blackwell Hall, England’s main market for woolen cloth, where only selected foreigners and Londoners could buy and sell cloth. Some believed that the more small holes in the cloth from where it had been checked meant that the cloth was of higher quality because of the inspections it passed from multiple Aulnagers, making it less likely that the cloth sellers had bribed an Aulnager to pass the inspection.

Cloth seals served a significant role in promoting confidence in England’s most important industry, the manufacture of woolen cloth. This particular seal also points to the internationalization of the cloth trade in the middle ages, notably the export of high quality woolen broadcloths from Leiden to London. 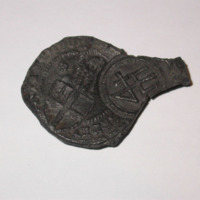 Figure 2: The above stamp on the seal is from London in the 1400’s. It was found in the river Thames during low tide. The seal bears the arms of London which is an image of Saint Paul's, indicating that the cloth was examined in London. Unlike other seals we can see part of the band that would have connected this half of the seal to the hollow other half which directly attached to the cloth. 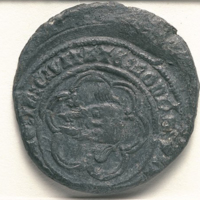 Figure 3: This fifteenth-century seal was from the city of London as indicated by the words “Civitas London” put on the cloth after inspection by aulnagers. These words appear around the edges of the stamped seal. Merchants without these seals would not have been able to sell their cloth within the city of London. Cloth imports would have had to have one of these cloh seals to be sold within the city. This seal was found by Mudlarks in the Thames west of London Bridge.