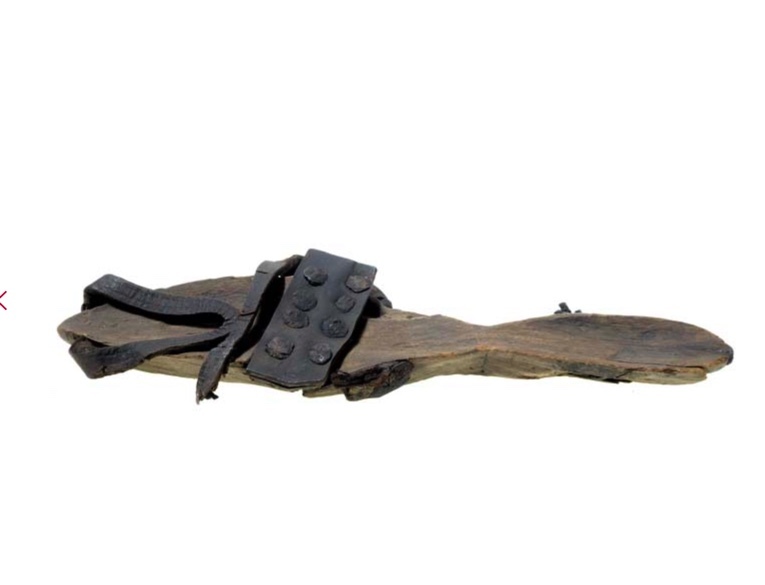 Fig. 1. Late medieval patten, probably for the right foot of an adult. From the Museum of London.

In medieval London as well as the rest of medieval Europe, shoes were made of multiple layers of leather stitched together. These shoes were usually made from vegetable tanned animal skin, sheep and goat skin in the early medieval period and mostly cattle hide in the later medieval period. Women’s shoes were more likely to have ankle ties whereas men’s shoes had side ties and buckles. Medieval shoes were rather thin compared to our shoes today and might wear out quickly without pattens. Even many layers of leather stitched to the sole of the shoe might not last that long. Shoe repairs and the reuse of leather was common, especially on the thin soles. This is known because of surviving commentary from the London Cordwainers Company which details various disputes between shoemakers and cordwainers. There is also substantial archeological evidence of shoes and how they were made. Many shoes and pattens have been found in dumping pits along with other artifacts. This secondary context is valuable because the artifacts are largely intact. However, it is difficult to ascertain the exact owners and location of artifacts found in these dumps, which are often used as landfill to extend the foreshore of the Thames.

Pattens are essentially detachable soles for medieval shoes. There were three basic types of pattens in medieval Europe: the platform patten, the flat hinged patten and the many layers of leather patten. This particular patten is the wooden flat hinged type. Pattens were not very common in London before the fifteenth century and those found before the fifteenth century were likely to be from the upper classes. Pattens are wooden slippers with leather straps that go over regular shoes. The idea behind pattens is that they elevate one's feet above the ground preventing the feet and shoes from getting dirty or wet. Pattens are a sort of predecessor to platform shoes and were designed to keep medieval people's feet out of the muck and filth of the streets. In medieval London, streets were often full of mud, horse manure and the emptied contents of chamber-pots.

Pattens and clogs in early medieval times were used more in the countryside. During the fourteenth and fifteenth centuries, pattens became more fashionable and in higher demand. This particular patten is dated to the late fifteenth century. This patten is shaped to fit the foot and uses three different materials, a possible sign of a later model of the shoe. The hinge on the front of the patten also suggests that this is perhaps a later model that has evolved over time. Pattens were likely used often in London. Not all roads were stone or brick and being next to a river made for plenty of mud. As London grew and became a real urban center, the amount of people used more horses, produced more waste, and more people were walking in the streets. Because tall boots were not around yet and men and women did not want to dirty their clothes or feet, pattens were the perfect solution.

This patten might have been made by a patten maker, who carved pattens using numerous small knives and similar tools. Also called a galoche maker, patten makers would have been part of a small guild. Because the patten maker's guild was rather small we do not have much information about their craft. Smaller guilds like that of the shoemakers would often rent out other guildhalls for meetings. Smaller trades like shoemaking do not have a lot of records and their use of other guildhalls helps prove their existence. Given its late medieval origin, it is possible that this patten was purchased by a merchant or someone from the middle class. The use of pattens in the lower classes was becoming more common after the fourteenth century. Patten makers used a number of different types of wood including beech, alder, willow, poplar, and aspen.  Alder and aspen were the most sought after because of their durability and their ability to hold up through wet weather. We know that aspen was in high demand for pattens because in 1416 a law was passed to prohibit the use of aspen for pattens. In 1465 another law was passed allowing patten makers to use the leftover aspen from fletchers for pattens. This indicates that aspen was in high demand for arrows and the city wanted to keep the price of arrows cheap.

Pattens became increasingly popular throughout the middle ages. They were used by first the wealthy and eventually the masses as a perfect way to protect one's feet. Pattens developed from simple platforms to hinged soles with intricate leather straps. Pattens give us  a glimpse into the world of medieval London and provide us with evidence of evolving technology and early efforts and creating protective footwear and boots. 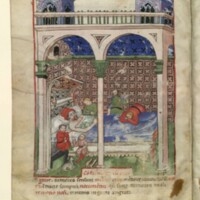 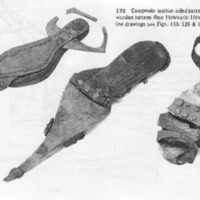 Fig. 3. Composite leather-soled patten and hinged wooden pattens. These pattens are from the late 14th/early 15th century and are made of adler, popler, willow and aspen. From Grew and de Neergaard, Shoes and Pattens. 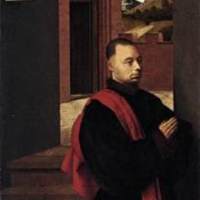 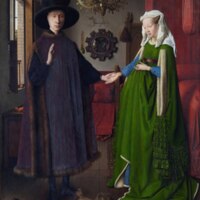 Fig 5. A pair of wooden pattens is at the bottom right of the "Arnolfini Portrait" painted by Jan van Eyck in Bruges, 1434. In the National Gallery of Art, London.