Spade, carved from single piece of oak or ash. 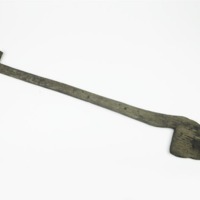 This spade is carved from a single piece of ash, with a handle made probably of walnut. Found in Southwark in 1998. 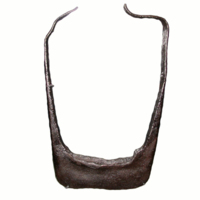 Iron blade from a spade (also known as a spade iron). Medieval spades had wooden blades, sometimes fitted with a separate iron edge. In 1356 the stock of an ironmonger, John Leche, in Cornhill, included a 'spadierne' (spade iron) and two 'augers'…

The Labor of the Month for March 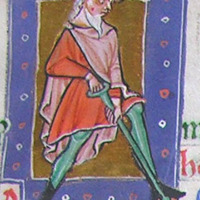 Detail from an illuminated manuscript that shows a man using a spade. St John's College, Cambridge, MS K.30 f.2r, showing the labor for the Month of March. 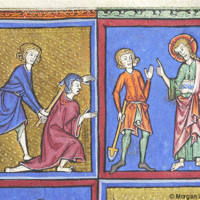 The picture shows Cain striking his brother Abel in the head with a spade, and killing him. The Morgan Library, Psalter-Hours of Guiluys de Boisleux, MS M.730 fol. 11r (after 1246).
View all 4 items
# Google Analytics Portion 06-02-2016