Cook from The Canterbury Tales 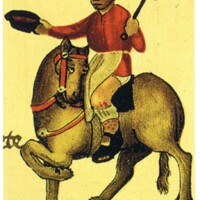 This illustration depicts the cook in the Prologue of Geoffrey Chaucer's The Canterbury Tales riding on a horse while holding a meat hook. From the Huntington Library, EL 26 C 9, f. 47r (the Ellesmere Chaucer)

Cook working in a kitchen. 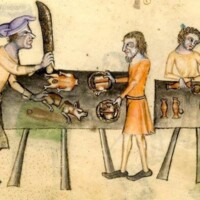 A cook is cutting up pork and chicken while wearing an apron and hat while another servant who seems to be under his command prepares the food. Another servant on the right side is also seen preparing drinks for guests. Frm British Library, Add MS… 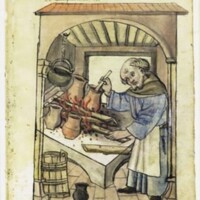 Illustration of a cook named Willhelm cooking on an open fire using jugs and a kettle. Taken from the Household Books of Nuremberg, Mendel I, Amb. 317.2, f. 95r (1475). 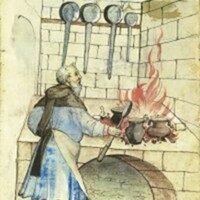 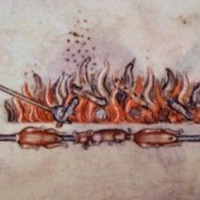